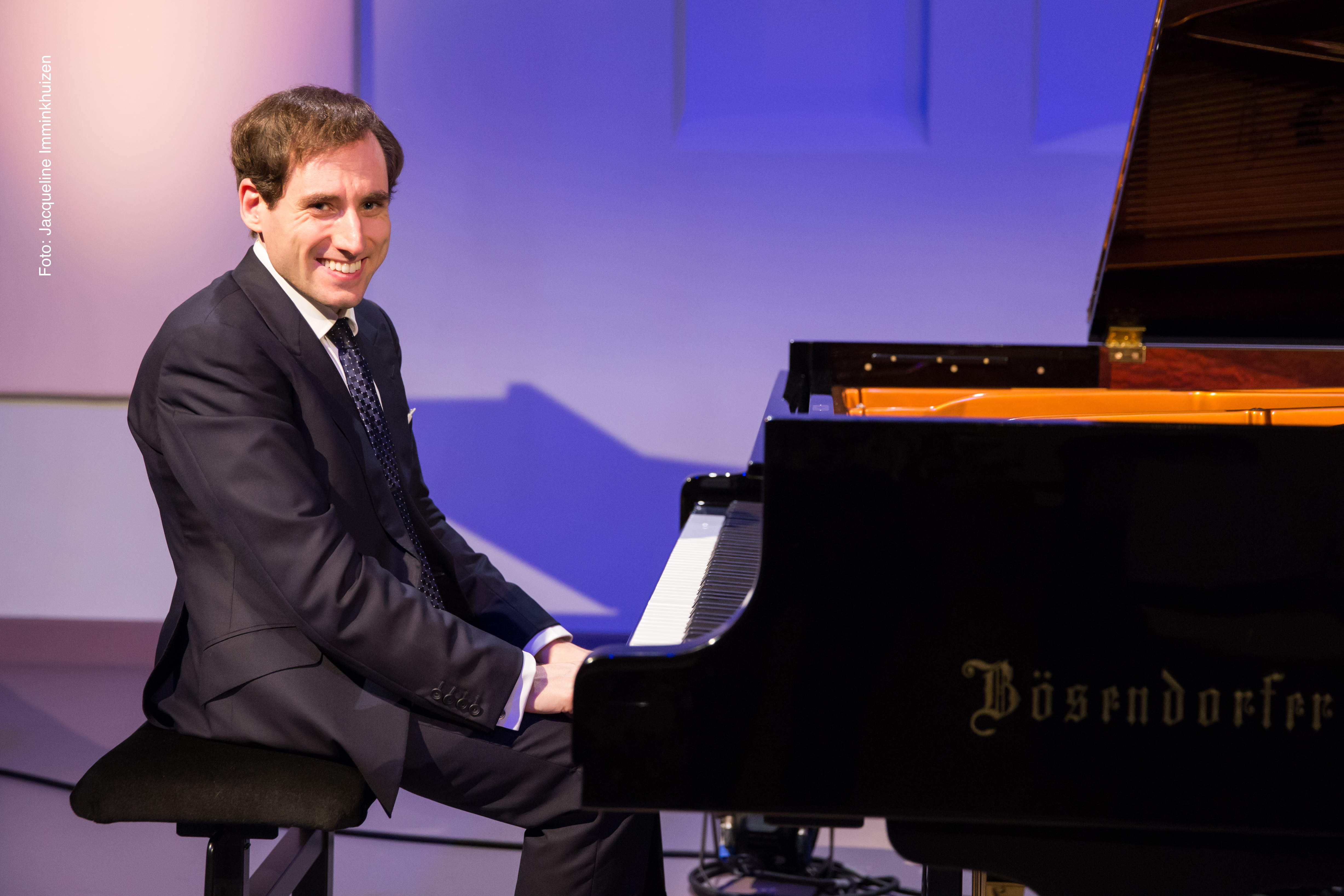 New Series of World Pianists in the Edesche Concert Hall, From Lugansky to Giltburg

Next season, the Edesche Concertzaal will be presenting the World Pianist series. Six world-class pianists, including Nikolai Lugansky, Abdel Rahman El Bacha and Boris Giltburg, will play the famous Bösendorfer Imperial grand piano. The Spanish pianist Luis Fernando Pérez, who has never before been heard in the Netherlands, will also visit the Edesche Concertzaal.

In the Edesche Concert Hall, audiences will not only hear the very best pianists in the world, but also one of the most beautiful grand pianos in the Netherlands. The Bösendorfer Imperial, with its nine extra bass keys, is the Bösendorfer flagship, fully adapted to the sublime acoustics. The six world-class pianists will take the listener through programs that are fully tuned to the Bösendorfer Imperial. These include famous classics from the piano repertoire such as Liszt's Piano Sonata and Totentanz, Beethoven's Moonlight Sonata and Chopin's 24 Preludes.

Ukrainian pianist Vitaly Pisarenko, winner of the 2008 Liszt Competition, opens the series on 18 September. With music by Schubert and Liszt, he lets two different sides of his musical heart speak. The rarely heard Lebanese pianist Abdel Rahman El Bacha continues the series on 13 November with Beethoven's piano sonata 'Appassionata' and Chopin's 24 Preludes, among others.

Even more exceptional is the recital by Spanish pianist Luis Fernando Pérez. On 15 January he will make his Dutch debut in the Edesche Concertzaal. Especially for this occasion, he will be playing music from his homeland, including excerpts from Albéniz's masterpiece Iberia and El Amor Brujo by Manuel de Falla.

Nikolai Lugansky and the Franck year

Boris Giltburg concludes the series on 14 May with Rachmaninov's First Piano Sonata and Liszt's B minor Piano Sonata. Both sonatas are said to be based on Goethe's play Faust. Liszt's sonata in particular is regarded as one of the highlights of the piano repertoire, in which virtuosity and depth are completely in balance.

New Series of World Pianists in the Edesche Concert Hall, From Lugansky to Giltburg

World Pianists is - besides a label - a concert series in the Recital Hall Ede. Concerts from this series can also be followed online via ClassicalAtHome.